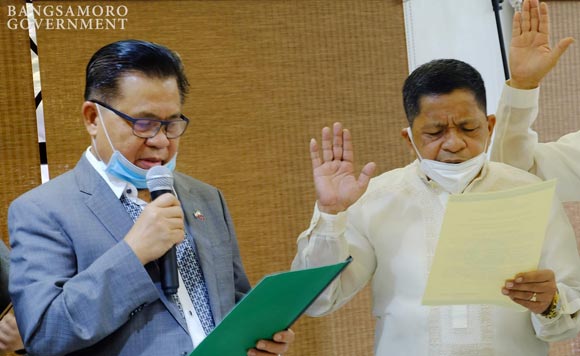 The Bangsamoro government has formed an office to administer the 63 barangays in North Cotabato which are now part of the Bangsamoro region.

BARMM Chief Minister Ahod “Al Haj Murad” Ebrahim who was present in the ceremony said, “This embarks our plans in development programs in the area.”

He said the swearing into office of the DCO officials was delayed due to coronavirus disease pandemic.

The 63 barangays to be administered by the DCO were included in the BARMM following a plebiscite held in February last year with residents favoring their inclusion in the now one-year-old regional government.