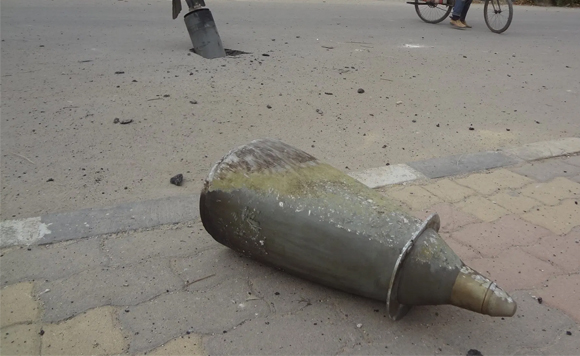 The Bangsamoro government condemned Monday, May 25, the mortar shelling, resulting in the death of two minor siblings and wounding of several others in Maguindanao province.

In a statement, the regional government’s Bureau of Public Information (BPI) vowed to give justice for the victims.

“The leadership of the Bangsamoro Government condemns in the strongest term the mortar shelling that happened yesterday (May 24, 2020) in Barangay Kitango, Datu Saudi Ampatuan, Maguindanao which resulted in the tragic death of two minor siblings and the wounding of several others, including the mother of the slain children,” the regional government’s Bureau of Public Information (BPI) said.

Those who died were identified as Aslamiya Tambak, 10, and Asnaida Tambak, 7.

BPI said the violence against hapless civilians was “totally inhumane and evil,” which occurred when it was supposed to be a festive day of Eid’l Fitr.

“It also compounds the present difficulties of our people as they struggle through with the COVID-19 (coronavirus disease) pandemic. Only the heartless criminals can commit such a wicked act,” it said.

The Bangsamoro government also urged the law enforcement agencies in Maguindanao, especially the Police Provincial Office and the 6th Infantry Division (Kampilan) of the Armed Forces of the Philippines, “to conduct an immediate, thorough and impartial investigation of the tragedy and bring into the bar of justice those who are responsible, no matter who they are or affiliated to.”

“This gruesome crime must not be let to pass into an unsolved incident,” it said.

The regional government also asked the Bangsamoro Human Rights Commission to initiate its own investigation.

“The Bangsamoro Government shall do everything possible in securing justice for the victims of this senseless tragedy,” BPI said.