Bangsamoro gov’t cites significant strides for the region in 2019 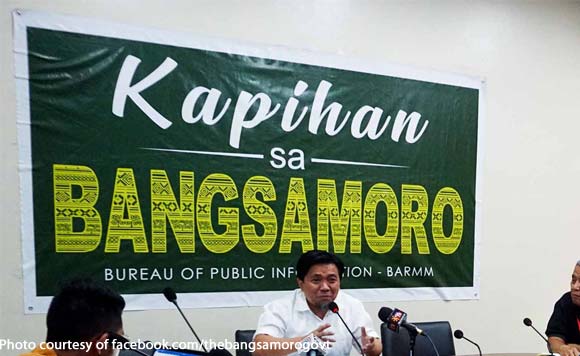 The Bangsamoro government said it has made “significant accomplishments” under its advocacy of “moral governance” since the creation of the Bangsamoro Autonomous Region in Muslim Mindanao (BARMM) early this year.

BARMM, which was formed after Republic Act No. 11054 or the Bangsamoro Organic Law was ratified on January 25 this year, replaced the Autonomous Region in Muslim Mindanao (ARMM).

The regional government said that among its major accomplishments were the approval of the Bangsamoro Transition Plan, its full disclosure policy portal, introduction of e-BARMM system, Project TABANG or the “Tulong Alay sa Bangsamorong Nangangailangan,” Kapihan sa Bangsamoro, and Radyo Bangsamoro.

The Bangsamoro government has also signed a partnership agreement with 12 hospitals in different parts of the region for the implementation of AMBAG or “Ayudang Medikal mula sa Bangsamoro Government.”

Wage increase in the Bangsamoro region was also approved and a Bangsamoro intergovernmental body was formed.

The regional government also launched a job portal, and the Bangsamoro Parliament adopted the official flag and emblem of BARMM, approved the P65-billion budget for the region in 2020, and creation of Bangsamoro Human Rights Commission.

BARMM is composed of Cotabato City, 63 barangays in North Cotabato, and the five provinces of the defunct ARMM—Maguindanao, Lanao del Sur, Basilan, Sulu and Tawi-Tawi.