Bangon Marawi: Temporary houses for families to be built next month 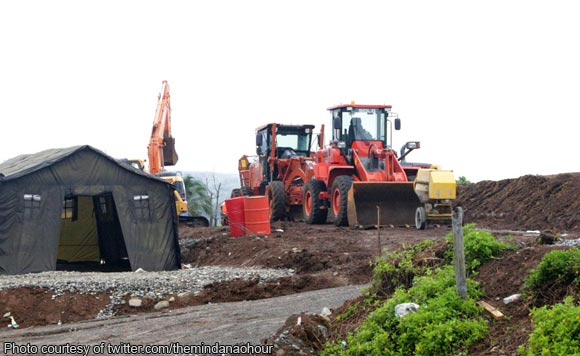 The government is gearing up to rebuild Marawi City and other Marawi conflict-affected communities through an inter-agency task force called Task Force Bangon Marawi.

“We are not waiting for the total conclusion of military operations before we undertake the rehabilitation efforts. Rather, we have already started the necessary steps toward the rehabilitation and recovery of ravage communities,” said Kristoffer Purisima, who is also an assistant secretary for Office of Civil Defense.

“The entire government of Republic of the Philippines, under President Rodrigo Roa Duterte, is committed to the mission of rebuilding Marawi City and all surrounding communities, restoring them to vibrant city and make them more resilient,” he added.

Last June 28, President Duterte signed the Administrative Order No. 3 creating Task Force Bangon Marawi, an inter-agency task force for the recovery, reconstruction, and rehabilitation of Marawi City and other affected localities, following the sustained damages to public infrastructure and private properties due to the clashes in the area.

The secretary of Department of National Defense (DND) is the chairperson for the Task Force Bangon Marawi.

Purisima said the construction of transitional shelters is taking place in an 11-hectare area in the village of Sagonsongan. These shelters will serve as temporary resettlement of internally displaced persons (IDPs).

“The construction of the initial 1,100 temporary shelter units shall begin by the first week of September,” Purisima mentioned.

He added that power and water utilities as well as telecommunication lines are being set up, while the building of other component infrastructure such as schools and markets, among others are now being scheduled.

“We are not only building houses, but communities,” Cabinet Secretary Leoncio Evasco Jr. noted.

Moreover, the DPWH is on standby mode, waiting for the clashes in Marawi to end, and the area be declared as cleared so it can start building public infrastructure and new permanent housing for IDPs.

DPWH Undersecretary Rafael Yabut said the department is looking at five areas where permanent housing will be built.

Most of the IDPs are in the Autonomous Region in Muslim Mindanao (ARMM) and there are also number of IDPS in Region 10 and other parts of the country.

Taguiwalo mentioned that some PHP188 million worth of relief goods were distributed to IDPs — PHP163 million from her department, PHP20 million from local government units (LGUs), and PHP4.5 million from non-governmental organizations (NGOs).

Likewise, the DTI assured to provide livelihood starter kit and training programs for those who would like to immediately return to businesses.

As of 7 p.m. Thursday, there were 1,724 rescued civilians in Marawi City; 45 civilians were killed by terrorists; 119 government troops were killed in action; 522 members of the terror group were killed; and 600 firearms were recovered. (PNA) #BangonMarawi