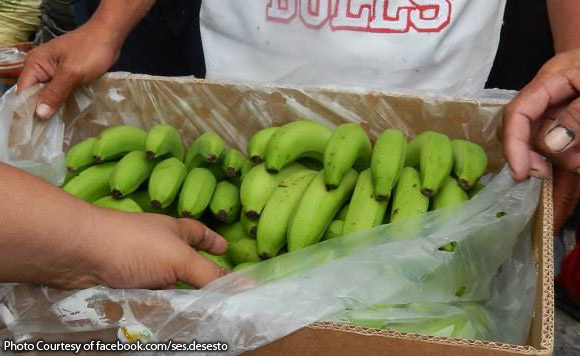 The Pilipino Banana Growers and Exporters Association (PBGEA) has expressed hope that President Rodrigo Duterte’s visit to South Korea would result in reduced tariff for the export of Cavendish bananas.

PBGEA members were elated when they were invited to join the team of the President, through Trade Secretary Ramon Lopez, PBGEA executive director, Stephen Antig, said during a press conference at the Apo View Hotel here Friday.

The association was given five slots to join the Philippines-South Korea Business Forum and Witnessing of the Exchange of Business Agreement, to be held on June 5 on the sidelines of Duterte’s visit to South Korea.

“We are happy that the present administration has taken steps to look into the series of concerns that we have elevated to the government,” Antig said.

PBGEA’s participation in the business forum is an indication that the government is giving importance to the banana sector, he said.

“We are hoping that this trip will give importance and focus on the tariff issues that we had been asking long before,” he added.

However, Antig pointed out that the tariff issue is not easy to settle because the Philippines falls under the Asean-Korea Free Trade Agreement (AKFTA) for both plantation products and fresh and dried bananas, which have been classified under Korea’s Highly Sensitive Group E.

Under this category, the tariff lines are exempted from tariff concession, meaning, the tariff for bananas is excluded from reciprocal agreements for reduction and elimination, he said.

But, he said, “our other competitors with regards to tariff will become zero by 2022 or even earlier in 2019 because they have bilateral agreements with Korea.”

“I know this is going to be very difficult with AKFTA but this is also the most opportune time to strike while the iron is hot because the relationship of the Philippines and Korea is improving,” Antig said.

“Korea has imposed a 30-percent tariff on our bananas but we have been proposing for zero tariff on the commodity,” he said, adding that they would welcome a gradual reduction in tariffs.

Trading with Korea in bananas began in 1975 but became official only after the Philippine and Korean governments agreed to follow protocols. South Korea is one of the four major markets for Philippine Cavendish bananas, apart from Japan, China and the Middle East.

Antig said that with the entry of other players, the Philippines’ banana exports to Korea had gradually declined to 78 percent from 99.8 percent in 2012.

“Our market is slowly eaten up by our competitors,” he said, adding however that once the tariff is reduced, banana exports to South Korea would increase.

“There is no short cut for the elimination of tariffs but a study must be undertaken that will pave the way for the forging of a bilateral trade agreement with South Korea,” Antig said.

The PBGEA chief said the value of the Philippines’ imports from South Korea is greater than its exports to the country.

As such, Antig proposed the harmonization of policies, particularly among the agriculture, trade and industry, and agrarian reform departments, to ensure the sustainability of banana production for export to traditional and new markets.

“This can likewise help address the poor performance of the country’s agriculture sector,” he said.

To further strengthen the industry, Antig recommended the improvement of infrastructure support, such as ports in potential production areas like in Negros Island, and that government must have specific or better climate forecasting for agriculture to appropriately mitigate weather concerns. (PNA)