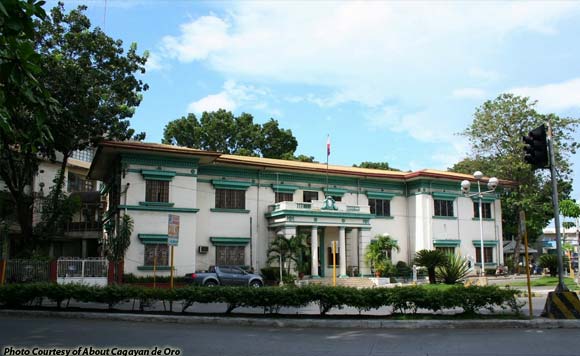 State auditors scored the bad condition and lack of privacy in the toilets of four public schools in Cagayan De Oro city.

This was the result of the Commission on Audit (COA) citizens participatory audit report on the water, sanitation and hygiene (WASH) program of five public schools in Cagayan de Oro city. The audit was conducted February to May 2016.

In Bulua Central School, there is no privacy and safety in the toilets used by class Section Garcia because of holes in the door.

Pests such as rats, cockroaches and flies are not prevented from entering inside the toilet because of these openings in toilet wall and door, COA said.

“The presence of these pests in the toilet is not only a nuisance but could also spread diseases,” COA said.

The toilet used by students belonging to class Section – Osmeña had a bad odor.

“Bad odor may be caused by molds and bacteria that breed together on floor drains and outside toilet bowls which can affect the health of students,” COA said.

COA also noted that students of class Section -Osmeña were prevented to defecate because of the clogged toilet.

“To deny the students the basic human need to eliminate body waste thru bowel movement can cause significant physical, emotional and psychological damage to students. Ignoring the urge to move bowel can result in serious discomfort and shame to the child,” COA said.

Cooking wares and pots were stored in the toilet of class Section Roxas, which is unsanitary, COA said.

In Camaman-an Elementary School, the toilet used by Grade six class Jade does not guarantee privacy and safety because the door has no lock and no window cover or grills for protection.

There is also no provision for light and water and the toilet bowl is shared by the boys, girls, and even the teacher.

“The toilet is so unclean and no maintenance at all,” COA said.

The toilet used by students of class Emerald is also very dirty, with an available faucet but no water.

The students have to fetch water outside for flushing the toilet bowl.

Finally, in Gusa Elementary School, the toilets built inside the three classrooms selected for inspection were badly maintained and not well ventilated, which may cause serious health risks.

There were no handwashing counters inside the classrooms, COA said.

All the toilets inspected by COA have no proper ventilation which may promote the growth of molds, which pose airborne illnesses like asthma, COA said.

“Molds can cause many upper respiratory ailments, and can cause asthma attacks. Since many diseases are airborne, poor ventilation will allow these airborne diseases to build up, and cause illness. If school’s water and sanitation facilities are badly maintained and used, then these become a health risk where diseases can be transmitted,” COA said.

COA recommended the school administration to immediately repair the toilets by covering all openings of the toilet to prevent pests such as rats, cockroaches and flies to get inside, fixing the toilet door to ensure the students’ safety and privacy, providing proper ventilation of toilets, and finally, allocating enough funds to cover the repair and maintenance of the facilities.

The management of the Department of Education Division of Cagayan de Oro City committed to improve the sanitation facilities in the schools.