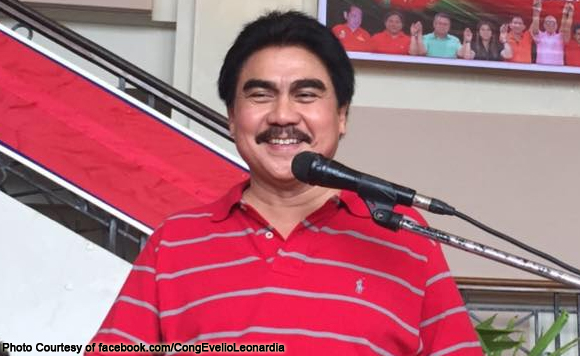 Bacolod City Mayor Evelio Leonardia said he will contest the dismissal order issued by the Ombudsman who earlier found him guilty of alleged irregularities in the acquisition of office equipment, furniture and fixtures totalling to some P49 million in 2008.

The politiko, in a report to the Philippine Daily Inquirer, said his lawyers already filed a motion for reconsideration last January 11.

“This was a surprise to us because we knew that this case was already close and terminated. But we will face the case and our lawyers will present our arguments in the proper venue,” Leonardia stressed.

He declined to elaborate on the merits of the resolution but pointed out that it was “clear in the Ombudsman resolution that all goods were delivered and there was no money stolen.”

“There was no overprice, no conspiracy and we did not act in bad faith,” the Bacolod mayor emphasized.

In a 21-page joint resolution signed by Ombudsman Conchita Carpio-Morales on Dec. 13, 2016, the Ombudsman also indicted Leonardia for graft after the anti-graft body found probable cause to charge him for violating Republic Act 3019 (Anti-Graft and Corrupt Practices Act).

The Ombudsman also indicted for graft and ordered the dismissal from service of nine other city officials and employees.

The Ombudsman found Leonardia and the other officials and employees guilty of grave misconduct and gross neglect of duty for violating the procurement law and rules and showing partiality to the supplier.

They were meted out the accessory penalties of forfeiture of retirement benefits, perpetual disqualification from holding public office and cancellation of civil service eligibility.

The Ombudsman said in its joint resolution that those found guilty violated procurement rules by awarding the contract to supply “property, plant and equipment, furniture and fixtures” for the New Bacolod City Government Center to Comfac Corp.

Comfac Corp., a company primarily engaged in information technology systems integration services, was ineligible to bid for the contract because it was a distributor not a manufacturer of furniture, according to the Ombudsman.

The respondents had pointed out that Comfac was eligible because it was the exclusive distributor of its sister company, Cornersteel Corp., which manufactures furniture and fixtures.

“The act of naming an ineligible corporation as the eligible bidder reflects bias and partiality that should not be countenanced in procurement activities using public funds,” according to the Ombudsman resolution.

The Ombudsman said the officials also violated the procurement law and rules by retaining the P500,000 bidder’s bond of Comfac and treating it as a performance bond.