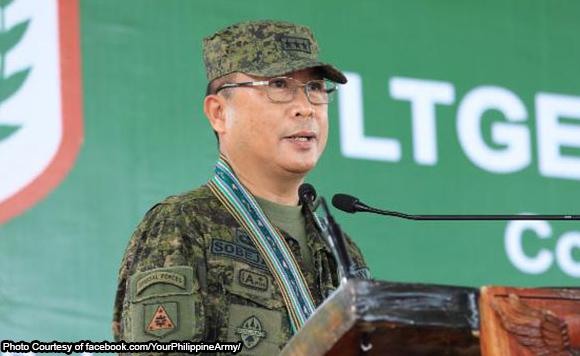 MANILA – Philippine Army (PA) commander, Lt. Gen. Cirilito Sobejana identified the two female suicide bombers who carried out the twin bombings in Jolo, Sulu that killed at least 15 people and wounded more than 70 others on Monday.

In a message to reporters on Tuesday, Sobejana named the two by their aliases – “Nanah”, a resident of Basilan, and “Inda Nay”, a Sulu resident who later relocated to Tawi-Tawi.

Sobejana said “Nanah” was the wife of the first confirmed Filipino suicide bomber, Norman Lasuca, who conducted the attack against the 1st Brigade Combat Team in Sulu on June 28, 2019, which left seven people dead and 12 others wounded.

Meanwhile, “Inda Nay” was the widow of reported Islamic State conduit, Abu Talha, who was killed following an encounter with the 1st Scout Ranger Battalion in November 2019.

“The two female suicide bombers are the same targets being tracked by the group of Maj. (Marvin) Indammog before they were killed by policemen on 29 June 2020,” Sobejana added.

Paolo Duterte shows his followers how to ‘diet’