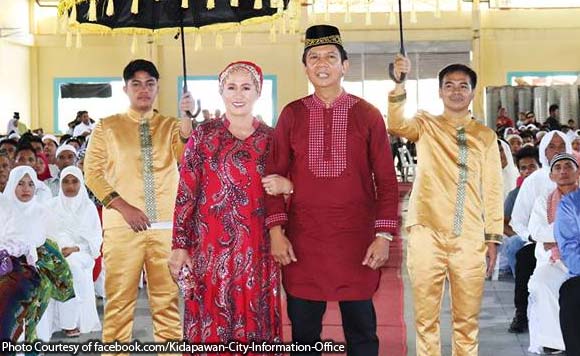 “This even formalizes the wedding of our Islam couples and their union becomes legal with the issuance of a marriage contract,” Evangelista told reporters here in an interview.

On Evangelista’s order, the Civil Registry Office prepared the marriage document and the couples went home with the legal document.

Evangelista stressed the importance of the marriage contract in dealing with government offices such as PhilHealth, and application for passports, among others.

“I would like to ensure that our Muslim residence in Kidapawan will not be left behind in terms of government assistance,” Evangelista said of the newlyweds from the city’s two of 40 barangays. (PNA)