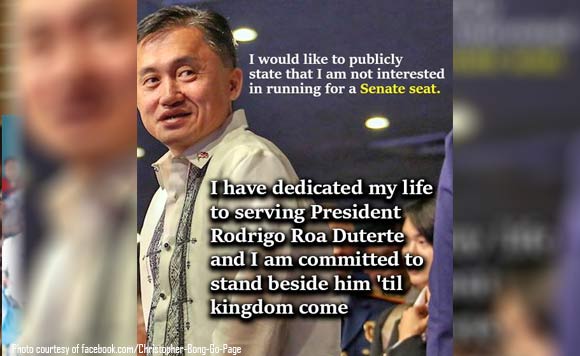 Special Assistant to the President Christopher “Bong” Go on Friday reiterated that he is not interested in running for a Senate seat.

“I am really not interested in running for a Senate seat,” Go said.

Alvarez said he wanted Go to run under PDP Laban because the party needed to field a candidate from Mindanao.

Go, who hails from Davao City, had earlier said he was committed to “stand beside (Duterte) ’til kingdom come”.