0 3,372
Share
Want more POLITIKO News? Get the latest newsfeed here. We publish dozens and dozens of politics-only news stories every hour. Click here to get to know more about your politiko - from trivial to crucial. it's our commitment to tell their stories. We follow your favorite POLITIKO like they are rockstars. If you are the politiko, always remember, your side is always our story. Read more. Find out more. Get the latest news here before it spreads on social media. Follow and bookmark this link. https://goo.gl/SvY8Kr

The Presidential son doesn’t want to be called “Congressman” just yet.

Resigned Davao City Vice Mayor Paolo Duterte recently shared to his Instagram fans what he wants to be called by his supporters. On the comments section of one of his latest photo posts, the eldest son of President Duterte, who is running as representative of Davao City’s 1st district, refused to be called “Congressman.”

The comment was posted on a recent selfie of him and his bayaw Atty. Mans Caprio. Mr. Duterte filed his candidacy on Friday afternoon, and was accompanied by his sister, Mayor Inday Sara Duterte – Carpio. 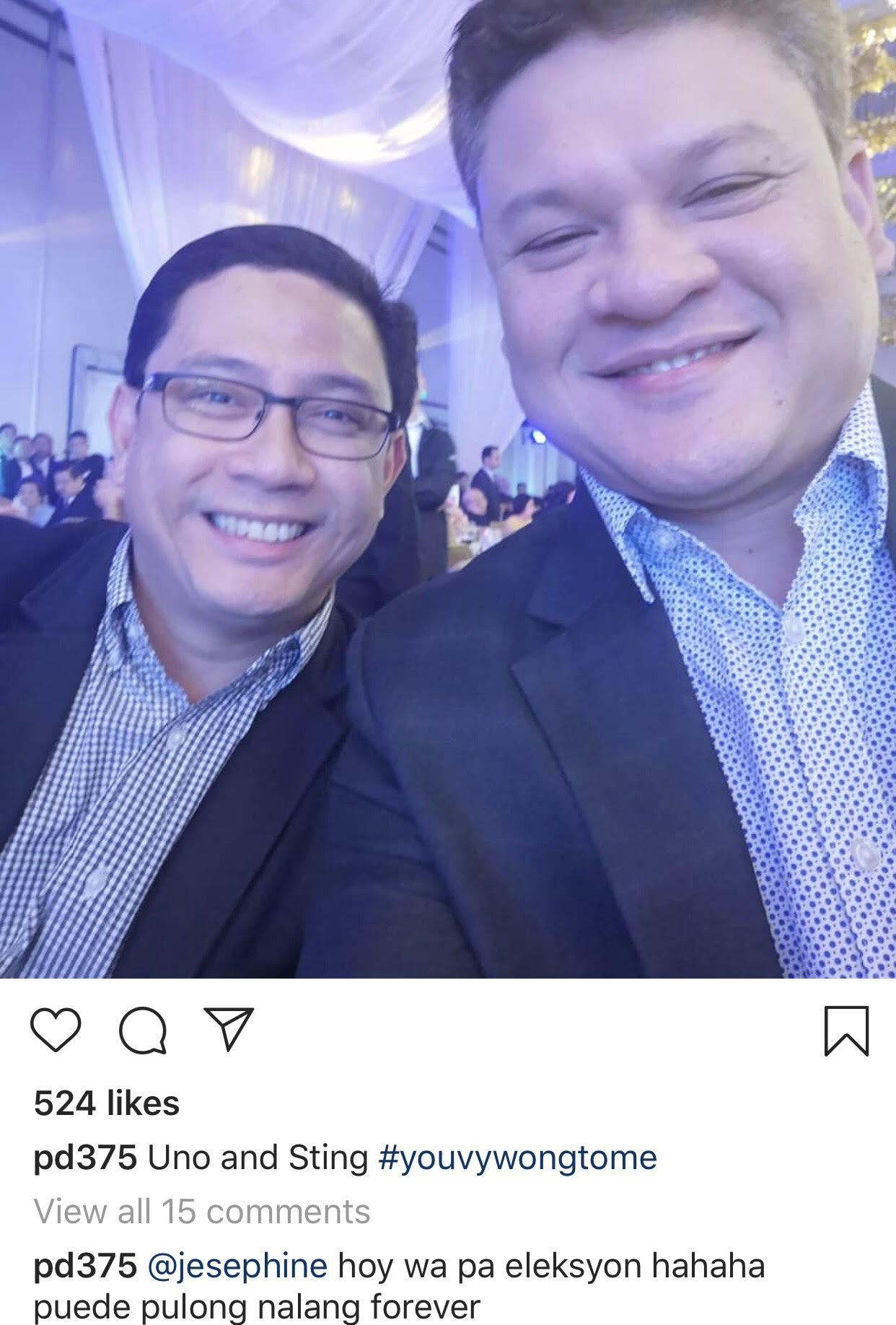