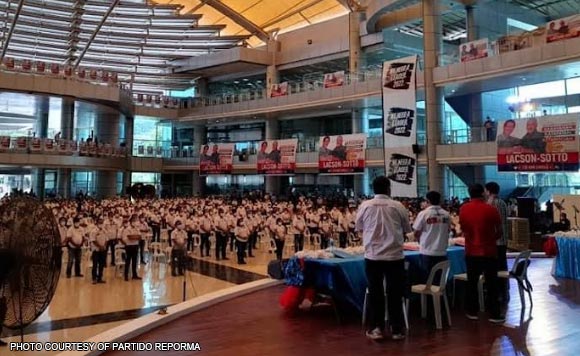 In a statement, former Speaker Pantaleon Alvarez said that all the incumbent mayors down to barangay captains and sectoral community organizers in Davao del Norte took their oath as members of Partido Reporma last September 25.

Davao del Norte, which roughly has 600,000 registered voters, was a former stronghold of PDP-Laban.

In 2019, members of the Hugpong Ng Pagbabago (HNP) led by Mayor Sara Duterte fought and lost to PDP-Laban candidates.

Alvarez was then the secretary-general of PDP-Laban. He later revived the Partido Reporma of former Gen. Renato de Villa.