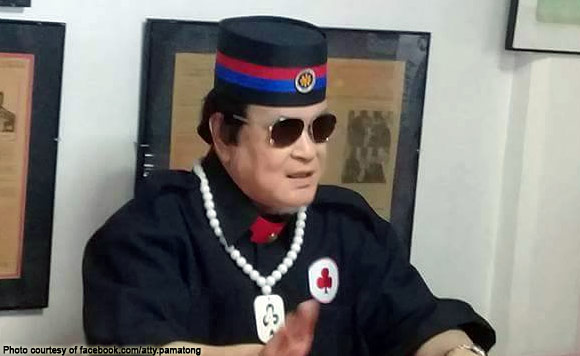 Remember Elly Pamatong, the “spike boy” and self-styled president who was disqualified from last year’s elections for being a nuisance bet?

The CIDG, which raided Pamatong’s camp in the city last week, described Pamatong as “armed and dangerous” after failing to catch him.

But while the police, who served a search warrant, failed to find Pamatong, they found his version of the presidential residence which he called “Palacio Mailakandian de Oro.”

Pamatong believes he is the President and commander-in-chief as well as leader of the USA Freedom Fighters of the East.