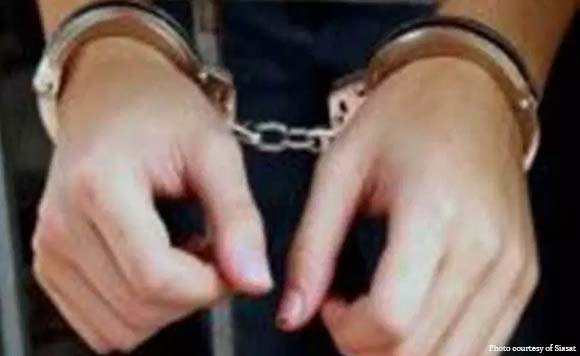 ZAMBOANGA CITY — A leader of the Sulu-based Abu Sayyaf Group (ASG) died while two others were arrested during a law enforcement operation in Basilan province, a top military official said Tuesday.

Sobejana said Wahing was killed when he “resisted” the arresting team during the serving of an arrest warrant at around 3:25 a.m. Monday in Barangay Parian-Baunoh, Lantawan, Basilan.

He said the troops recovered from Wahing’s possession a .45-caliber pistol loaded with seven rounds of ammunition.

Police said Wahing had a standing warrant of arrest for murder issued by a court in Jolo, Sulu, and is listed as number 113 on the National Periodic Status Report of the Philippine National Police (PNP).

Authorities also arrested two persons who were at Wahing’s hideout during the raid. They were identified as Nasser Jumadil, a resident of Jolo, and Jerry Ahang, a member of the Barangay Peacekeeping Action Team (BPAT) of Parian-Baunoh, Lantawan.