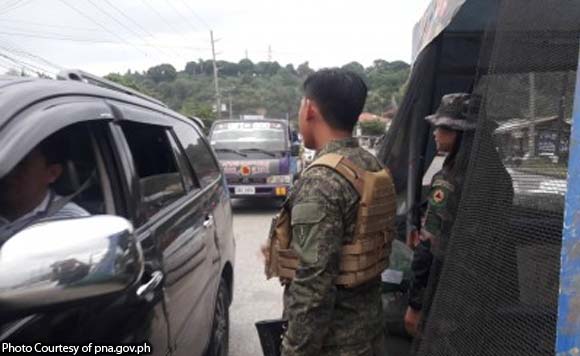 ILIGAN CITY – Some 100 families fled their residences in Sitio Bukana, Barangay Mainit, this city, after members of the Philippine Army under the Bravo Company, 51st Infantry Battalion clashed with members of the New People’s Army (NPA) on Tuesday morning.

Brig. Gen. Thomas Sedano, commander of the 2nd Mechanized Brigade (2MIB), however, said that some families returned after the 45-minute firefight.

“We advised them not to go down to Iligan City (proper). We ensured them of their safety. We have driven the NPA away from the residential area. We put primacy on the safety of civilians during combat operations,” Sedano said.

The village of Mainit is about 30 km. away from Iligan City proper, and near the boundary of Manticao town in the province of Misamis Oriental.

Reports from the 2MIB said government troops were conducting combat clearing operations when they encountered some 30 NPA members at about 7 a.m.

While there was no casualty on the side of the Philippine Army, Sedano said there were reports saying some rebels were wounded.

“Residents in the area reported that they saw some wounded armed men being carried by their comrades as they withdrew,” he said. “We continue pursuing them until they will surrender and or be driven away from the residential area.”

The skirmish prompted the Iligan City Police Office, in coordination with the military, to heighten their security measures, especially on checkpoint areas.

A scheduled mass at the barracks of the soldiers in Barangay Digkilaan, supposedly to celebrate the feast of Sto. Niño on that day, was cancelled, according to resident Marvic Manait.

The cancellation was made a day before soldiers and militiamen were advised to be vigilant due to the declaration of a red alert status from the higher command.

“On the afternoon of January 14, our parish secretary told us that the (CAFGU) Cadre cancelled the fiesta mass because they were on red alert,” Manait said. (PNA)