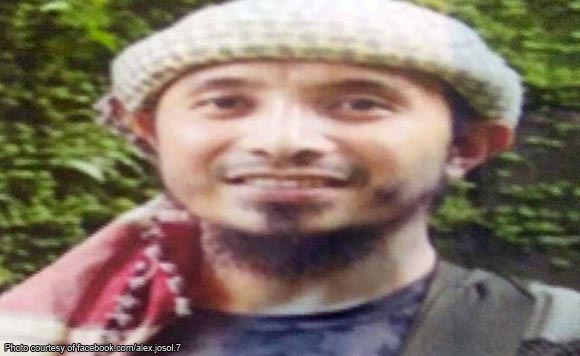 MARAWI CITY – An official of the Philippine Army’s 103rd Infantry Brigade (103IB) said the DNA samples it tested last month from a dead extremist militant fighter confirmed that it was from Owayda Benito Marohomsar, also known as Abu Dar — the leader of Dawla Islamiya Lanao Group.

Col. Romeo Brawner, 103IB commander, confirmed this Sunday (April 14), although on Friday, in a press briefing of Task Force Bangon Marawi at the city’s “ground zero,” he said only President Rodrigo Duterte would announce the confirmation.

However, the announcement from the president did not happen because the scheduled visit to the city was cancelled due to inclement weather.

Duterte was supposed to be in the city to campaign for administration candidates under the Partido ng Demokratikong Pilipino-Lakas ng Bayan (PDP-LABAN) party.

Meanwhile, this confirmation came a month after Abu Dar was killed in a military pursuit operation at the boundaries of Tubaran and Pagayawan towns in Lanao del Sur.

Dar took over the leadership after top leaders of Islamic State-sympathizers, the Maute group, were killed during and after the Marawi siege in 2017, including the death of Isnilon Hapilon.

Brawner said the confirmed death of Abu Dar would also mean the end of the Dawlah Islamiya Lanao group.

“This group is leader-centric. If you remember, when the two leaders were neutralized in the last part of Marawi siege, President Duterte declared liberation of Marawi from the terrorist influence,” Brawner said in an earlier interview.

The two leaders were Abu Sayaff leader Isnilon Hapilon and Omar Maute who led the planning of the attack in Marawi City in May 2017.

Abu Dar was part of the planning and the attack, according to Brawner, but he slipped out from the battleground in the early part of the siege after he got wounded.

According to the military’s intelligence report, Abu Dar tried to return to the battleground with other fighters as reinforcement but did not succeed as government troopers decisively regained control of the entire Marawi City.

After the five-month battle which ended in October 2017, Abu Dar started to recruit and train new fighters, targeting young ones and orphans of Marawi siege.

“He also recruited and trained those whose family members and relatives died during the siege… But they will not be able to continue now because Abu Dar is dead and their remnants, followers and supporters have already surrendered to the military and they are with us now,” Brawner added.

The military in Marawi and Lanao del Sur which neutralized Abu Dar is now awaiting the copy of the DNA result from the Philippine National Police Scene of the Crime Operation and are expecting Duterte to formally announce it to the public. (PNA)