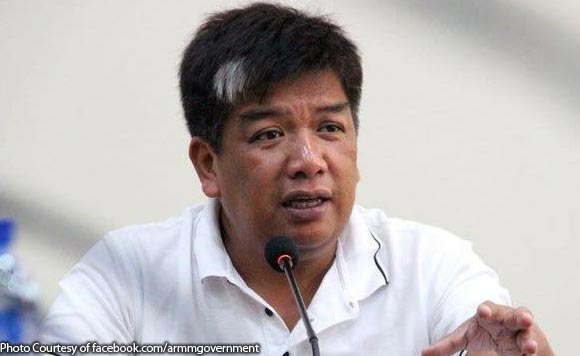 Autonomous Region in Muslim Mindanao (ARMM) Governor Mujiv Hataman has urged the residents in the region for constant vigilance to prevent another Marawi siege from happening.

In a statement Wednesday, May 23, a year after the Marawi siege, Hataman underscored the need to stand united.

“The price of peace, as we have learned throughout our history, is constant vigilance. We cannot afford to let this happen again, and this requires collective effort towards securing our homes, our cities, and our region,” he said.

He also stressed the need for ensuring education for all.

“The safety of our people lies not only in ensuring security against crimes and conflict but in ensuring education for all – an education that is affirmed not only by our schools but by our communities,” Hataman said.

“Peace and security are achieved not only through law enforcement and state offensives, but through constant dialogue that seeks to engage each and every Bangsamoro,” he added.

He distributed relief packages for over 12,000 individuals who participated in the iftar.

“Beyond infrastructure projects, the ARMM focuses more on the livelihood assistance for those affected,” he added.

Maute-ISIS terrorists stormed Marawi on May 23 last year. The battle between the military and the terrorists lasted for about five months, leaving over 1,000 people dead and hundreds of thousands of residents displaced.