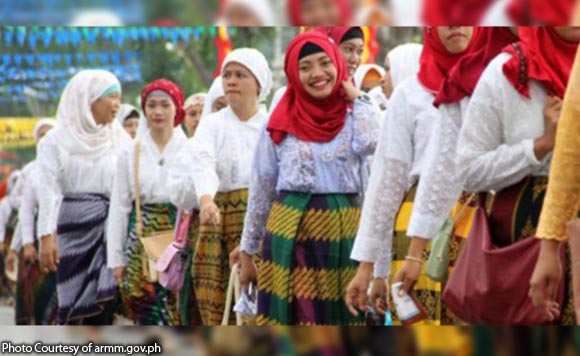 More tourists from here and abroad are expected to visit the Autonomous Region in Muslim Mindanao in 2018 despite the five-month clash in Marawi City, the region’s Department of Tourism said.

DOT-ARMM Secretary Ayesha Vanessa Hajar Dilangalen said this is due to various regional events scheduled in the coming months.

She said there was a decline in tourist receipts in Lanao del Sur where Marawi City is located.

But in 2017, it said tourism data for Lanao del Sur may “slide down due to the Marawi crisis that started in May.”

“For at least five months, the province’s visitors were limited to government troops, members of the media, and representatives from civil society groups. Visitors to the province spent their cash in nearby Lanao del Norte, not in Lanao del Sur where economic activities were almost stagnant,” it said.

In 2018, the DOT-ARMM said major festivities have been planned including:

– Inaul Festival in Maguindanao in February, which will include an international airsoft competition where foreign groups are invited

Dilangalen added there will be the opening of Buluan Boulevard in Maguindanao, which will feature a display of man-made lights and a river cruise.

It will also feature activities under the One Mindanao tourism campaign.

Also, an event showcasing tourist attractions in the ARMM is set in April in Intramuros, Manila.

This year, there will be a Tourism Crisis Symposium to help ARMM communities learn about proper response in times of need.

“We have to strengthen the preparation of our communities in order to have sustainable tourism. Through this, we get to work with the communities in giving our tourists an exquisite experience,” she said.

The ARMM noted Mt. Minandar in Maguindanao and Bud Bongao in Tawi-Tawi were two of the newly introduced tourist destinations in the region in 2017.

Maluso in Basilan is also quickly also catching up in terms of tourist arrivals, Dilangalen said.

“The region’s fabrics were showcased last year even as the concept of Sarimanok was used at the Miss Universe concept in the first quarter of 2017. During last year’s State of the Nation Address of President Rodrigo Duterte, different indigenous textiles were used by the attendees as part of their attire,” ARMM said.