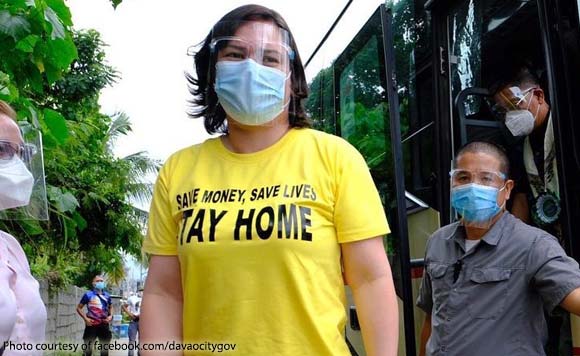 She said the Davao City government will embrace the new normal in celebrating its 84th Araw ng Dabaw in March.

The local chief executive clarified that unlike previous celebrations, the Araw ng Dabaw will now be celebrated every March 1 of the year instead of March 16. The pronouncement was based on the recommendation of the National Historical Commission.

Duterte-Carpio said she has also requested the national government to reinstate Araw ng Dabaw as a special non-working holiday. The previous declaration was for a special working holiday in the city.

She said majority of the events will be conducted virtually.

The mayor said the only face-to-face activities for the Araw ng Dabaw are the flag-raising ceremony and the Misa Pasasalamat with limited participants from the local government.

The CTO has prepared various online activities, including ‘Tilaw Dabaw’, featuring Davao City’s homegrown delicacies and restaurants. ‘Hugyaw Dabaw’ will headline talented and award-winning Dabawenyos in the field of dance and music. ‘Obra Dabaw’ will highlight the community artists in their respective fields, and ‘Istilo Dabaw’ will showcase local fashion designers, as well as their impact on the local traditions and cultural heritage of Davao.

All activities will be premiered online through the Araw ng Dabaw 2021 Facebook Page starting March 1 to 3.