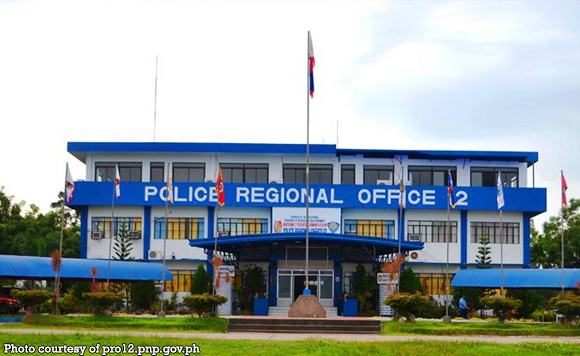 0 105
Share
Want more POLITIKO News? Get the latest newsfeed here. We publish dozens and dozens of politics-only news stories every hour. Click here to get to know more about your politiko - from trivial to crucial. it's our commitment to tell their stories. We follow your favorite POLITIKO like they are rockstars. If you are the politiko, always remember, your side is always our story. Read more. Find out more. Get the latest news here before it spreads on social media. Follow and bookmark this link. https://goo.gl/SvY8Kr

COTABATO CITY – Police operatives arrested another suspect in the 2009 Maguindanao massacre at the boundary of Sultan Kudarat and Maguindanao provinces on Monday.

Lt. Col. Barney Condes, commander of the police’s Regional Mobile Force Battalion (RMFB) -12, said operatives swooped down early Monday on the safehouse of Police Officer 1 Suari Esmail Pagabangan alias “PO1 Alfie Pagabangan” at the boundary of Lambayong, Sultan Kudarat and Sultan Barongis, Maguindanao to serve the warrant of arrest for murder against him.

“We earlier received information that the suspect has been monitored roaming along the border of Sultan Kudarat and Maguindanao provinces,” Condes said, adding authorities launched the operation after a week of surveillance.

Condes said Pagabangan carries a PHP300,000 bounty for his alleged involvement in the Nov. 23, 2009 massacre at Sitio Masalay, Barangay Salman, Ampatuan, Maguindanao where 58 persons were killed, 32 of whom were journalists and media workers.

Pagabangan will be turned over soon to the sala of Judge Jocelyn Solis-Reyes of the Quezon City Regional Trial Court Branch that has jurisdiction over the case.

“I would like to commend the efforts of RMFB 12 and the support Units who have been part of the operation for never ceasing to operate in the pursuit of justice for the families of the victims of the Maguindanao massacre,” Corpus said in a statement.

The Philippine National Police has vowed to get some 80 massacre suspects who remain at large following the promulgation of the case in December last year that resulted in the guilty verdict to over 40 participants in the incident, including the prominent members of the Ampatuan clan.