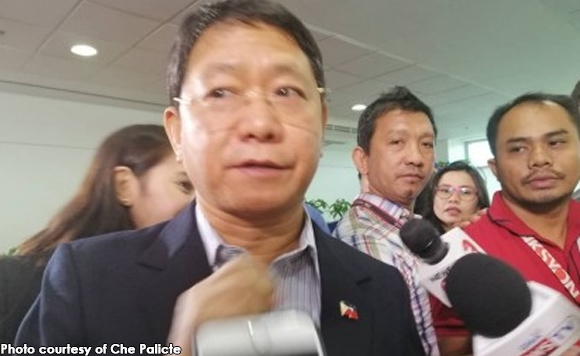 DAVAO CITY — Department of the Interior and Local Government (DILG) Secretary Eduardo Año assured on Sunday the result of the investigation on Philippine National Police (PNP) chief General Oscar Albayalde would be out before his retirement on November 8.

Año has started to investigate Albayalde’s alleged involvement in the illegal drug trade, particularly in the “ninja cops” controversy.

He said he would await the result of the Senate blue ribbon committee inquiry into the “ninja cops” before coming up with a recommendation.

“While waiting for the result of the Senate investigation, we are already reviewing the case as instructed by the President and this will be a thorough and fair review and was based on facts and including the reports of the past investigations conducted,” Año said in an interview during their arrival here from Moscow.

During his arrival speech on Sunday, President Rodrigo R. Duterte, who went on a five-day official visit to Russia, said he fully entrusts the matter to Año and would not rely on presumptions.

“Give me a clear proof that he was there on the take or was involved in the trafficking of drugs. I could not just do it in a knee jerk. I have to follow procedural due process and allow him to answer. The right to be heard. It’s given to the criminals, to the kidnappers. It should be given to a general of the Philippine National Police,” Duterte said.

Asked about his trust and confidence in Albayalde, he replied, “Well, he is still there. Otherwise, I would have told him to just go out. Wala pa naman. Just give me a proof kasi abogado ako eh.”

Duterte left the fate of Albayalde in Año’s hands.

Albayalde’s name surfaced after Baguio City Mayor Benjamin Magalong, a former Criminal Investigation and Detection Group chief, accused him of allegedly intervening to stop the dismissal of his former men at the Pampanga Police Office involved in a drug bust in Mexico, Pampanga in 2013.

Albayalde was the Pampanga provincial director in 2013.

Based on the investigation of CIDG then, the drug bust led to the confiscation of 200 kilograms of shabu, but members of the raiding team only reported 38 kilos. (PNA)