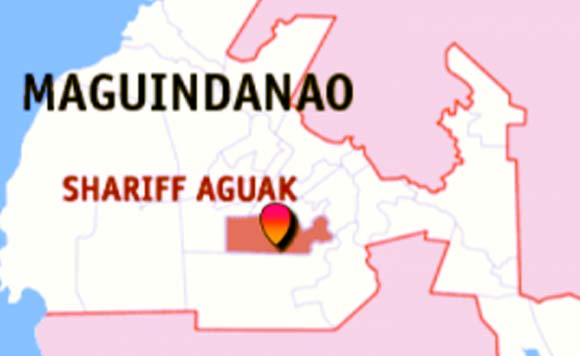 Maguindanao police director, Col. Ronald Briones, said combined elements of the Maguindanao police force and Shariff Aguak police office, armed with eight search warrants issued by a local court, swooped down on the Ampatuan compound in Barangay Satan at about 7 a.m. to implement the order.

Seized by the raiding team were two rifle grenade projectiles and 240 rounds of 5.56 live ammunition mainly used for M16 rifles.

“Unfortunately, we missed the six principal suspects of the operation,” Briones said.

A police report identified the targets as Kamsa Salik, Kuryano Usop, Babai Mama Usop, Nasri Salik, Benjar Salik, and Pangandaman Salik, whose affiliation to the Ampatuans have yet to be fully determined.

The remains of Ampatuan Sr. was buried in the same compound in 2015.

The clan’s patriarch was one of the principal suspects in the infamous election-related Nov.23, 2009 massacre of 58 persons, 32 of them newsmen. He died due to liver cancer at a hospital in Manila in July 2015.

More than a dozen other members of the Ampatuan clan, including main massacre suspect Andal “Datu Unsay” Ampatuan Jr., are currently being detained at a maximum-security prison facility in Taguig City. (PNA)