Amin na lupa namin! IPs in Panay turn to CHR to get back ancestral lands 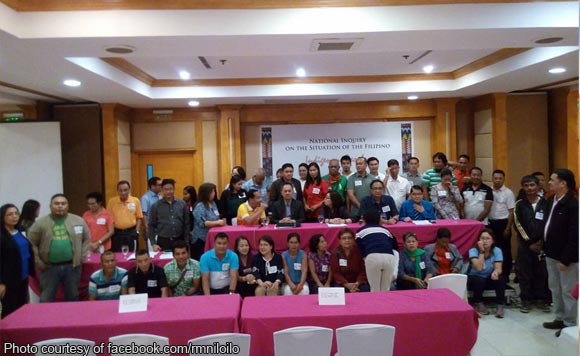 Indigenous peoples in Panay Island have sought help from the Commission on Human Rights for pursuing their claims to their ancestral lands.

Representatives from IPs raised this issue when they met in the last week of May with CHR Focal Commissioner on IP Rights Gwendolyn Pimentel-Gana in Iloilo.

Ati tribe chieftain Pablito Estora of Sitio Tag-ao in Tamulalud, Dumarao in Capiz said his group had been waiting for the Certificate of Ancestral Domain Title to their lands, which cover six barangays.

He said their ancestral domain may have overlapped with the Certificate of Land Ownership (CLOA) issued by the Department of Agrarian Reform (DAR).

But since they do not have titles to their lands, he said they are frequently threatened by encroachers.

Lester Agapito, tribe leader of the Akeanon-Bukidnon in Madalag, Aklan, said they do not know how to apply for CADC.

“There is a proposed school building for the IPs but the site identified for the project is a subject of boundary disputes between two barangays,” he said.

Meanwhile, another tribal chieftain in Tapaz, Capiz asked the National Commission on Indigenous Peoples to fast-track the processing of their group’s CADT to determine the boundaries between their ancestral lands and the military reserve of Camp Peralta.