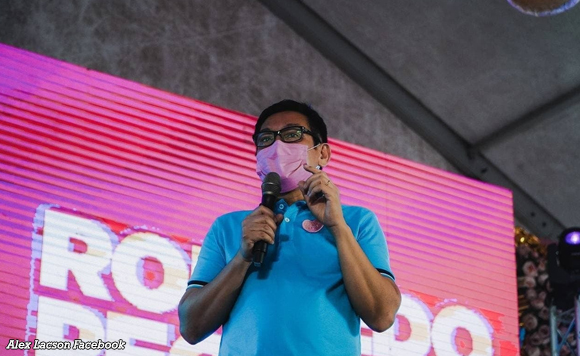 Lawyer Alex Lacson, a senatorial candidate running under the Kapatiran Party and the Tropang Leni-Kiko, is appealing to the Muslim leaders in Mindanao to give Republic Act No. 11596, which bans and criminalizes child marriages, a chance.

Alex Lacson made the appeal after the Bangsamoro Transition Authority (BTA), the interim governing body of the Bangsamoro Autonomous Region of Muslim Mindanao (BARMM), passed a resolution appealing to President Rodrigo Duterte to stop the implementation of the law.

“I deeply respect the cultural practices of Muslim people in the country, but this is an opportunity for our Muslim brethren to review these practices so they may better promote respect for the basic rights of children, including their protection from abuse and exploitation,” said Alex Lacson.

“This new law is good for the Bangsamoro children. It would protect minor Muslims from arranged, forced or unwanted marriages,” added Lacson.

“Marriage is sacred and is a life-time commitment. Marriage, once entered into, is critical to one’s happiness. It is important that anyone who decides to marry should have the maturity and full understanding of the consequences of marriage,” clarified Alex Lacson.

Kapatiran Party, under which Alex Lacson is running, promotes the sanctity of marriage and the youth’s crucial role in nation-building.

RA 11596 was recently passed by Congress and signed into law by President Duterte last December 10, 2021.

The new law recognizes the need to abolish all traditional and cultural practices and structures that perpetuate discrimination, abuse, and exploitation of children, such as the practice of child marriage. Violators, including those who fixed, facilitated, or arranged child marriage, will be faced with fine of at least P40,000 and a jail term of up to 12 years.

Hataman urges Comelec: Allow 200,000 in North Cotabato to vote in May polls