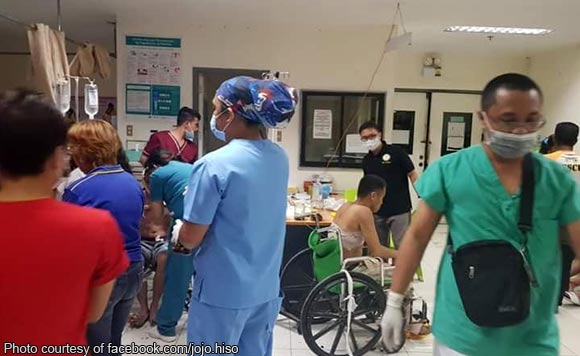 He said it was obvious that there were “gaps in the security measures” in Isulan where at least one person was killed and a dozen others were injured in the second bomb attack in less than a week. The first explosion took place on August 28 in the same town during its fiesta, leaving three people dead and scores wounded.

Durana said that relief of the top PNP officials in Sultan Kudarat will pave the way for a “thorough and impartial investigation” on the incident Sunday and early last week.

He said that an improvised explosive device was detonated inside a public computer shop in Barangay Kalawag 2 in Isulan that resulted in the death of John Mark Lupa, 18, and injuries of about a dozen others.

“While we express our heartfelt condolences to the bereaved family of the deceased and sympathy to the wounded, we assure them of our keen resolve and commitment to bring before the bar of justice those responsible for this dastardly and vicious act,” he said.

While Albayalde is on official mission in Brunei Darussalam, Durana said he directed the police units in Soccsksargen to further intensify conduct of checkpoints, police visibility patrols, and focused intelligence and law enforcement operations in close coordination with the military and other members of the security sector.