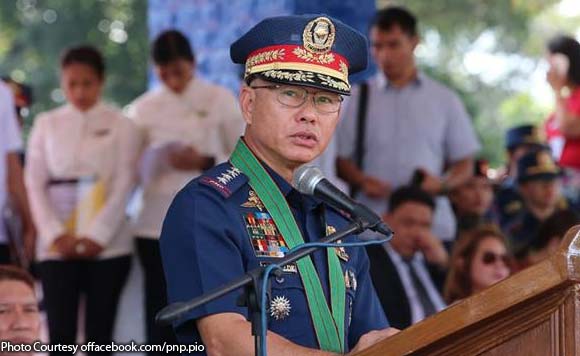 Philippine National Police (PNP) Chief, Director General Oscar Albayalde, on Monday flew to Jolo to check on the ongoing probe into the explosion that took place inside and outside a Roman Catholic church in the capital of Sulu province that left at least 20 people dead and several others wounded.

“Lumipad para personal na tingnan ang imbestigasyon sa pagsabog (The PNP chief went to Jolo to personally look into the investigation on the explosion), to condole with the families of the victims, and to rally the forces in Jolo, Sulu. Also to maintain alertness and vigilance and to encourage them to fight this seemingly act of terrorism,” PNP spokesperson Senior Supt. Bernard Banac told reporters.

Based on the report from the Police Regional Office (PRO) in the Autonomous Region in Muslim Mindanao, the explosion occurred at the Our Lady of Mt. Carmel Cathedral at about 8:20 a.m. on Sunday.

Latest data from the PRO-ARMM show that as of the evening of January 27, of the 20 reported killed, five were military personnel, one from Philippine Coast Guard (PCG) and 14 were civilians. The 111 wounded were 90 civilians, 17 from the Armed Forces of the Philippines, two from PNP, and two PCG personnel.

Malacañang condemned the attacks, vowing that the government will bring the perpetrators to justice. (PNA)