Agusan solon: Taal eruption a stark wake-up call for a national land and water use law 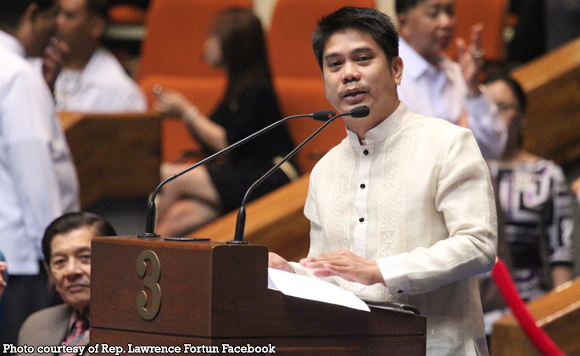 0 114
Share
Want more POLITIKO News? Get the latest newsfeed here. We publish dozens and dozens of politics-only news stories every hour. Click here to get to know more about your politiko - from trivial to crucial. it's our commitment to tell their stories. We follow your favorite POLITIKO like they are rockstars. If you are the politiko, always remember, your side is always our story. Read more. Find out more. Get the latest news here before it spreads on social media. Follow and bookmark this link. https://goo.gl/SvY8Kr

Agusan del Norte Rep. Lawrence Fortun on Monday proposed a number of measures to deal with natural and man-made disasters amid the ongoing eruption of Taal Volcano.

“Permanent and absolute no-build zones must be established fast as adaptation to climate and disaster hazards, as well as to protect ancestral lands, farms, and nature preserves and habitats on land and out at sea,” he said.

Fortun said the ongoing phreatic explosions at Taal Volcano “are a stark and grim reminder of the urgent need for a national land and water use law with strong provisions on permanent and absolute no-build zones and with harsh penalties on any local government or government office that violates.”

“A national land and water use law would also force coastal towns and cities to adapt to sea-level rise and sinking of their lands,” he added.

“A sustainable forest management law is the natural tandem of a national land and water use law,” Fortun said.

“Both of these our country still does not have despite the fact that the 1987 Constitution foresaw this need. After over 30 years, Congress has failed to approve such laws,” he said.