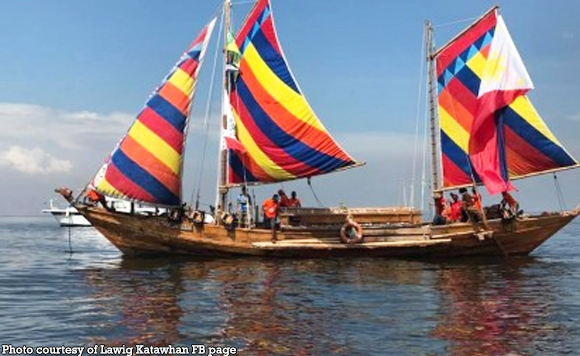 A lawmaker on Thursday lauded the early approval of a bill declaring the Balangay as the national boat of the Philippines as it came right in time for the launch of the 500-day countdown to celebrate the 500th anniversary of the Victory in Mactan and the First Circumnavigation of the World in 2021.

Agusan del Norte Rep. Lawrence Fortun, the principal author of House Bill 4953, said the measure aimed to recognize the historical and cultural significance of the Balangay, as well as the ideals, values, and traditions it embodies.

“We are most hopeful that once the bill reaches the Senate, our good Senators will promptly approve the measure next year, just in time for the Quincentennial celebration in 2021,” Fortun said.

“The Balangay shall now have its rightful place not only in the museums but most importantly, in the hearts and minds of every Filipino. The Balangay, from which the word ‘barangay’ was derived will now be an official symbol of community, camaraderie, courage, bravery, ingenuity, and resilience that every Filipino can identify with,” Fortun added.

The bill seeks to declare the Balangay, also known as the Butuan Boat, including all other similar boats that may be discovered later elsewhere in the country, as the national boat of the Philippines.

The Balangay was the first-ever and the oldest wooden watercraft excavated in Southeast Asia demonstrating early Filipinos’ boatbuilding genius and seafaring expertise in the pre-colonial times.

The ancient boat was utilized by early Filipinos to maintain trade relations and friendship with neighboring countries and empires in Southeast Asia and as far as China as early as the 10th and 11th centuries.

Replicas of the Balangay will sail on a symbolic voyage as part of the launch of the 500-day countdown to the quincentennial celebration where the boat has been officially included part of the program by the Philippine National Quincentennial Committee.

The House of Representatives also approved on final reading a bill declaring the Walingwaling orchid as the National Orchid of the Philippines.

The bill mandates the Department of Environment and Natural Resources, in coordination with the National Historical Commission of the Philippines, to promulgate the rules and regulations governing the acquisition, care, protection, conservation and propagation of Walingwaling, known scientifically as Vanda Sanderian.

“The majestic plant perched atop a tall tree and enjoying the elements of the earth symbolizes the high aspirations of the Filipino. It is never choosy in its growing environs,” Garcia said.

“Such quality can be a resiliency of the Filipinos. It does not shy away from symbolic relationships with the dipterocarps (tall forest trees). Such characteristics are symbolic of Filipino independence,” he added.

Both bills were unanimously approved on third reading on Wednesday.