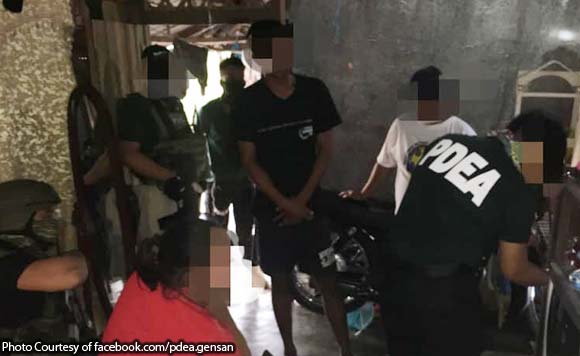 The anti-narcotics agents have arrested two alleged drug group members during the implementation of search warrants in Cotabato province, an official said.

They were nabbed in separate operations on December 15.

Confiscated during the operation were three pieces of plastic sachet containing suspected shabu, weighing about 5 grams, with an estimated value of P34,000.00, and a canister containing assorted drug paraphernalia.

The other operating team implemented another search warrant at the residence of Campos in Purok 5, Barangay Osias, Kabacan that resulted in the seizure of two pieces of plastic sachet containing suspected shabu, weighing more or less 3 grams, with an estimated value of P20,400.00.

Sanchez and Campos are facing charges for alleged possession of dangerous drugs under Republic Act 9165, or The Comprehensive Dangerous Drugs Act of 2002.