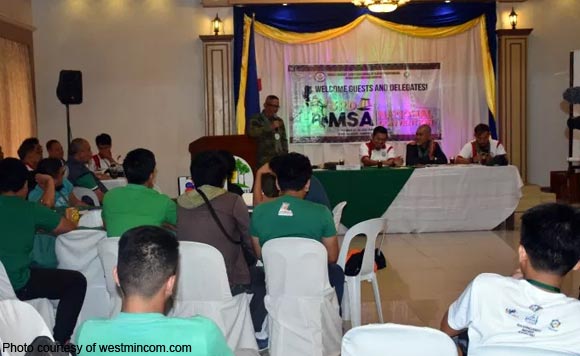 0 270
Share
Want more POLITIKO News? Get the latest newsfeed here. We publish dozens and dozens of politics-only news stories every hour. Click here to get to know more about your politiko - from trivial to crucial. it's our commitment to tell their stories. We follow your favorite POLITIKO like they are rockstars. If you are the politiko, always remember, your side is always our story. Read more. Find out more. Get the latest news here before it spreads on social media. Follow and bookmark this link. https://goo.gl/SvY8Kr

The Armed Forces of the Philippines (AFP)-Western Mindanao Command (Westmincom) is planning to conduct more engagements with the religious and private sectors as part of addressing peace and order in Mindanao, an official said.

Lt. Gen. Arnel Dela Vega, Westmincom commander, made the statement as the military participated recently in a three-day national convention of members of the Muslim Students’ Association (MSA) in Zamboanga City.

He said that more engagements with the religious and private sectors will be initiated in the joint area of operations to further the military’s resolution for peace in Mindanao.

During the MSA convention, Lt. Col. Gerry Besana, Westmincom spokesperson, said the problem in Mindanao would be addressed if the people would embrace the culture of peace.

“Security and order are not the sole responsibility of the security sector but of all stakeholders,” he said.

The military has been going after the terrorist and lawless groups in Mindanao.