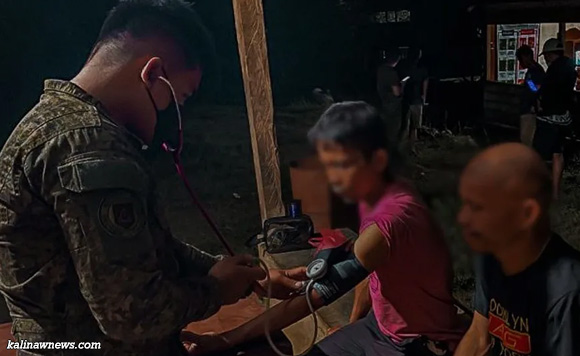 Four alleged communist rebels in Zamboanga del Norte have surrendered to the military.

Brig. Gen. Leonel Nicolas, commander of the 102nd Infantry Brigade, said that the former rebels were former officers and members of the defunct guerilla fronts of the Western Mindanao Regional Party Committee.

During the debriefing, he said the surrendered personalities revealed that they experienced hardships and hunger while evading the operating forces in the area.

For the first quarter of this year, 62 alleged communist rebels have surrendered to the government forces in western and central parts of Mindanao.