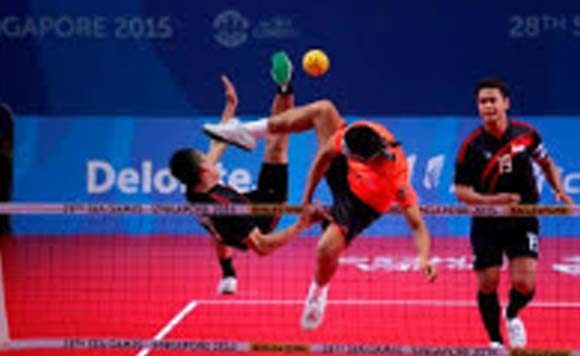 BUTUAN City- Not only Butuanon but also a Sepak Takraw player from Surigao City, Joshua Gleen Bullo also one of the members of the PH Sepak Takraw Team helped the team in clinching two gold medals now at the 30th SEA Games now held in the country.

In local news based in Butuan City it claimed, close kins and supporters are all praises for a gold medal win of Nituda in the on-going 30th Asean Games but it never mentioned whether it is individual play or a team play that won the gold medal.

But two others who are not active players in the current Asean Games for PH Sepak takraw Team who are from Caraga region, were; one of the members of the Technical Staff in the Asean Games were Glenn Fallado Teves from Madrid, Surigao del Sur and one of the NTO-Operations Pablito Dumape, also from Butuan City

Caraganons are happy that four of their region mates brought pride and honor in the country and for Caraga region as well in the quest for excellence in Philippine sports and for medals at the 30th SEA Games. (-30-)