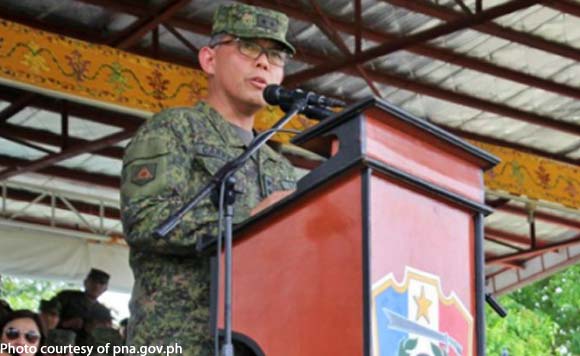 Four alleged top-ranking officials of the lawless Bangsamoro Islamic Freedom Fighters (BIFF) have surrendered to the military in Maguindanao.

The group turned over one Barrett rifle, one M16 rifle, one Rocket-Propelled Grenade, one improvised explosive device, and pieces of ammunition.

2 road projects under ‘Build, Build, Build’ to be constructed in Bangsamoro region