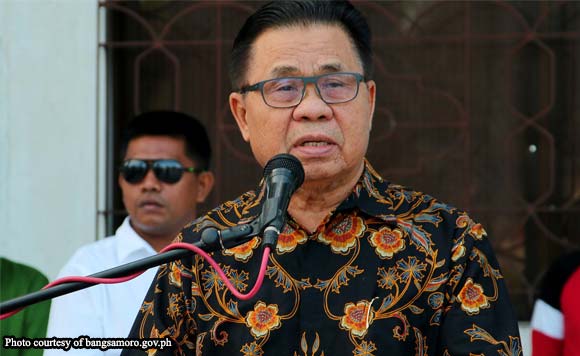 Chief Minister Ahod “Al Haj Murad” Ebrahim vowed Saturday, May 23, that the Bangsamoro government will continue to assist the displaced residents and in the rehabilitation of the war-torn Marawi City.

Ebrahim issued the statement as the regional government commemorates the Marawi siege three years ago.

“As we continue our efforts in combating the coronavirus pandemic, I would like to assure our Maranao brothers and sisters that the Government of the Day remains committed in helping to rebuild Marawi City and that we have not forgotten our promise to find a way in bringing its residents back home,” he said.

As part of the Bangsamoro government’s 12-Point Priority Agenda, he said the regional government will continue working to support the Internally Displaced Persons (IDPs) through both executive and legislative measures.

“Although there were significant milestones in our shared quest of rehabilitating Marawi, we also acknowledge that we are far from over,” Ebrahim said.

“Until such time that our goal is reached, Marawi rehabilitation will always remain a priority during this transition period,” he added.

Marawi was heavily damaged due to the five-month battle between the government troops and the Maute-ISIS terrorists in 2017.

“The devastating effects of that fateful day are still very much felt up to this moment,” Ebrahim said.

Mayor Climaco-Salazar thanks US for medical donations to Zamboanga hospitals