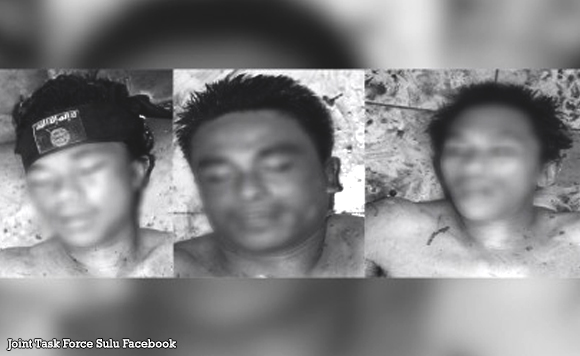 Nine died, including three soldiers and six alleged local terrorists, in an encounter in Sulu.

Exchange of fires ensued which resulted in the death of three soldiers and wounding of three others.

“It is with deep sadness to report that three of our brave soldiers succumbed to death while defending the people of Sulu,” Vinluan said as he sought for prayers for the eternal repose of their souls and speedy recovery of the wounded soldiers.

Six enemies were also killed in the firefight, he said.

While scouring the encounter site, the government troops recovered the remains of three of the six slain enemies, he added.