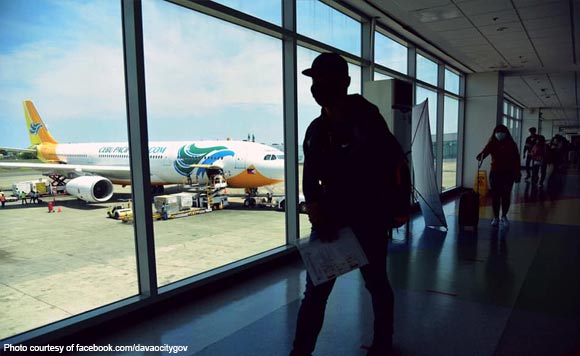 The Davao City government brought home Wednesday, May 6, 270 more residents stranded in Luzon for over a month already amid the quarantine measures being implemented in the country to prevent the spread of coronavirus disease (COVID-19).

Mayor Sara Duterte-Carpio said the local government has commissioned a sweeper flight from Metro Manila to airlift the Dabawenyos, mostly overseas Filipino workers, who were stranded in Luzon due to the enhanced community quarantine (ECQ).

This was the second sweeper flight the city government had commissioned to bring home Dabawenyos stranded in Luzon, she said.

On Monday, May 4, 150 individuals also returned to Mindanao via Davao City from Clark. Only 120 of them were residents of the city.

All the repatriated residents and other individuals have undergone rapid tests as part of the procedure and that they are also now under a 14-day quarantine, the local government said.

Duterte-Carpio said she was hoping that on Wednesday, the sweeper flight had carried more people.

The sweeper flight also carried 400 individuals stranded in the city back to Metro Manila.