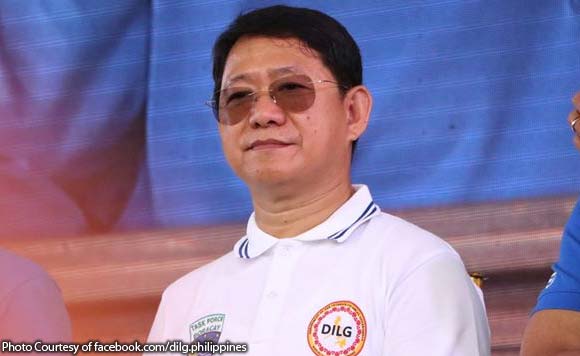 0 628
Share
Want more POLITIKO News? Get the latest newsfeed here. We publish dozens and dozens of politics-only news stories every hour. Click here to get to know more about your politiko - from trivial to crucial. it's our commitment to tell their stories. We follow your favorite POLITIKO like they are rockstars. If you are the politiko, always remember, your side is always our story. Read more. Find out more. Get the latest news here before it spreads on social media. Follow and bookmark this link. https://goo.gl/SvY8Kr

Some 20 local officials in Mindanao are allegedly involved in illegal drug trade and activities.

The 20 were among those 46 so-called “narco politicians (narco pols)” whom the Department of Interior and Local Government (DILG) charged administratively before the Office of the Ombudsman Thursday, March 14.

DILG Secretary Eduardo M. Año said that the 46 alleged narco pols are facing administrative charges of grave misconduct, conduct prejudicial to the best interest of the service, conduct unbecoming of a public officer, and gross neglect of duty.

Those included in the list are two re-electionist mayors from Zamboanga Peninsula, foul politicians from Northern Mindanao, three incumbent mayors from SOCCSKSARGEN, one mayor from Caraga, and 10 mayors, vice-mayors, and one former mayor running for the upcoming elections from the Bangsamoro Autonomous Region in Muslim Mindanao (BARMM).

No incumbent officials from Davao Region are included in the list.