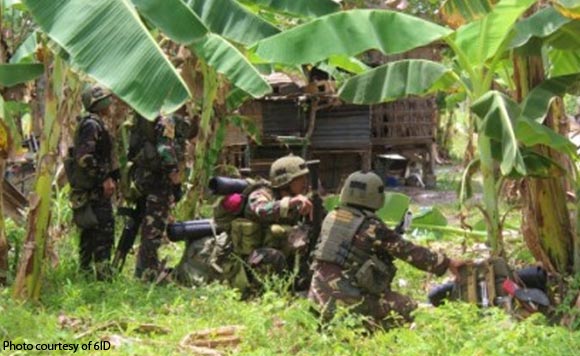 CAMP SIONGCO, Maguindanao – The number of casualties on the side of the Islamic State-linked Bangsamoro Islamic Freedom Fighters (BIFF) has reached 20, as clashes between the terror group and military entered its fourth day Wednesday in Maguindanao.

“We will not ease up our operation against the BIFF. We have the support of the communities,” Encinas told reporters here in an interview.

Encinas said the firefights has so far led to a lone casualty on the government side, identified as Sgt. Romy Obogan of the Army’s 61st Reconnaissance Company, and the wounding of eight other soldiers.

“The BIFF has a much larger number of casualties at 20, whose names were relayed to us by our informants on the ground,” Encinas said.

Encinas said government forces are slowly inching their way nearer to
pinpointed lairs of the BIFF, leaving the extremists no space to withdraw to nearby towns and the vast Liguasan Marsh area.

“We are sealing off all possible points of withdrawal by the BIFF to avoid a spillover of the conflict,” he said. PNA