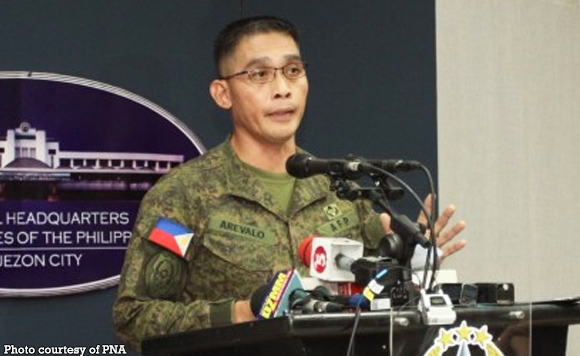 Two Indonesians abducted by the Abu Sayyaf in September were rescued early Sunday in Sulu, as the military vowed to continue its operations against the terrorists even during the holidays.

“If the terrorist ASG thinks we have operations holiday, they are terribly mistaken. We will not stop hunting them down until we have neutralized them and freed the victims they detain for money,” Armed Forces of the Philippines (AFP) Spokesperson Marine Brig. Gen. Edgard Arevalo said following the rescue by the 4th Marine Brigade of two Indonesian captives in Barangay Pugad, Panamao early Sunday morning.

The Indonesians, Maharudin Bin Lunani and Samiun Bin Maneu, along with another Indonesian Muhammad Farhan, were kidnapped in the seawaters off Lahad Datu, Sabah last September 23.

A soldier was killed during the rescue, Arevalo said.

“While we mourn the loss of one of our valiant Marines, we will not be deterred. To him, we say his sacrifice will neither be forgotten nor wasted. We will honor him and be with his family to assist its members in their moment of grief,” he said.

In the same operation, an ASG terrorist was also killed and several firearms, including one M-16, one M-203, and one gunner rig with ammunition, were recovered.