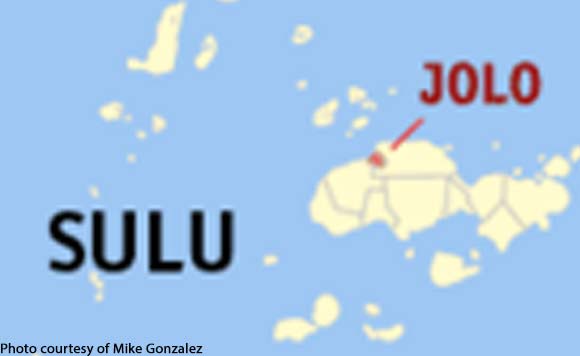 The suspects under Mundi Sawadjaan were prevented from executing suicide bombing attack in Jolo.

“Intelligence reports revealed that the group is planning another suicide bombing attack in Jolo. This prompted us to launch a counter action. I tasked the 41st Infantry Battalion to intensify their checkpoint operation in Sitio Itawon, Barangay Kan Islam, Municipality of Indanan,” said Col. Ignatius Patrimonio, commander of the 1102nd Brigade.

He said the troops were fired upon by the three armed personalities onboard two motorcycles coming from Maimbung.

A running gun battle ensued which lasted for five minutes, resulting in the neutralization of the three personalities who were then identified as two foreign terrorists and an ASG member, the official added.

Recovered from their possession were two bomb vests, one Caliber. 45 pistol, and one hand grenade.

“This successful operation was complemented by the intensified conduct of intelligence operations and the quick response from our ground troops, thus preempting the enemies from executing their terror plan,” said Lt. Gen. Cirilito Sobejana, commander of Western Mindanao Command.