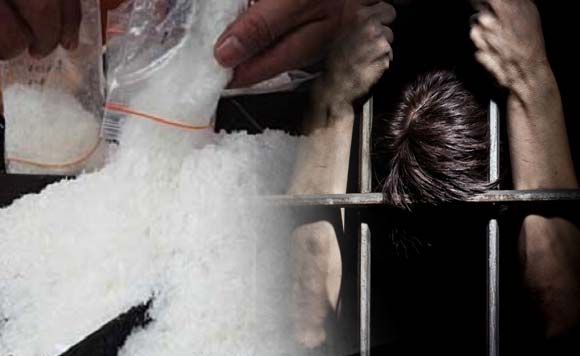 Anti-narcotics agents and city police operatives scored big Friday with the arrest here of two big-time drug peddlers and the seizure of more than P5-million worth of the illegal substance shabu.

Director Juvenal Azurin of the Philippine Drug Enforcement Agency in the Autonomous Region in Muslim Mindanao (PDEA-ARMM), said Benjie K. Macmod, 27, and Tahir K. Sangki, 29, both of Datu Saudi Ampatuan, Maguindanao were arrested at the Cotabato City plaza, at the corner of Don Rufino Alonzo Ave. and Macacua St. at 2 p.m. Friday.

Aside from 19 huge sachets of shabu, police and PDEA agents also seized from the suspects two fragmentation grenades, a motorbike and cash — along with their mobile phones that contained drug transactions, Azurin said.

“They are our high-value targets. They were to deliver the stuff to a client in the city when arrested,” he said.

He noted that PDEA had received verified and confirmed information that the two, who reportedly belonged to a drug group with networks that reach as far as the National Capital Region, were coming to the city from Datu Saudi Ampatuan to deliver illegal drugs.

Charges for violation of Republic Act (RA) No. 9165 (Comprehensive Dangerous Drugs Act of 2002) and RA 10591 (Illegal Possession of Firearms and Explosives) are being prepared against the suspects.

Macmod and Sangki have been detained at the PDEA-ARMM lockup and are still undergoing tactical interrogation.

Azurin lauded the informants and the local police for providing assistance and intelligence information about the suspects’ entry to the city.

Cotabato City Mayor Cynthia Guiani-Sayadi likewise commended PDEA and the city police for the successful operation. She vowed that the city government will continue to provide support to clear the city of illegal drugs. (PNA)