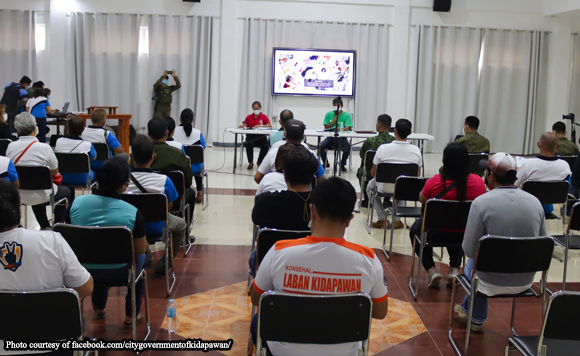 Kidapawan City Mayor Joseph A. Evangelista presided over Tuesday, January 18, the City Peace and Order Council (CPOC) meeting, the first for this year.

“Updates on the peace and order, public safety, and other important matters such as the adoption of the Localized Anti-Criminality Action Plan and Covid-19 situation were discussed,” the city government said.

Present during the meeting were the heads and representatives from the Armed Forces of the Philippines (AFP), Philippine National Police (PNP), Bureau of Jail Management and Penology (BJMP), Bureau of Fire Protection (BFP), Department of Interior and Local Government (DILG), Department of Trade and Industry (DTI), and the respective departments of the city government. They gave their respective presentation and other reports.

After the CPOC meeting, Evangelista also led the first meeting for the year of the City Development Council (CDC) and the City Anti-Drug Abuse Council (CADAC). Discussed were the ongoing anti-illegal drug campaign initiatives of the different government agencies.