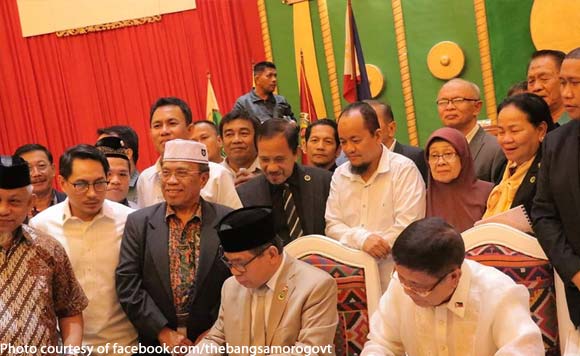 The first Bangsamoro Appropriations Act (BAA) was inked Friday, November 29, following the Bangsamoro Transition Authority’s (BTA) approval of the Cabinet Bill No. 31 entitled “An Act appropriating funds for the operation of the Bangsamoro Government from January 1 to December 31, 2020, and other purposes”.

The bill was approved by the BTA members on its third and final reading with 48 “yes” votes, one “no” vote, and five abstentions.

The BAA FY 2020 contains the priority plans, projects and programs of the Bangsamoro Government.

Ebrahim said he was honored to be the first Bangsamoro Chief Minister to have read the the document “which is a fruit of the more than five decades of struggle of the Bangamoro.”