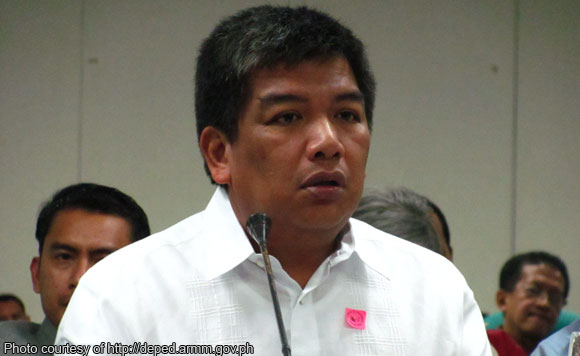 The politiko said the execution of Staff Sgt. Anni Siraji, a Moro National Liberation Front (MNLF) combatant-turned-soldier, just showed the need for the government to exert all efforts to end the ASG problem.

“On behalf of the Bangsamoro people, the leadership of the Autonomous Region in Muslim Mindanao condemns in the strongest terms the beheading of Staff Sergeant Anni Siraji,” Hataman said.

“Siraji is the latest victim of what has become a series of indiscriminate acts of terrorism by the Abu Sayyaf, killing even our fellow Bangsamoro,” the ARMM governor added.

He described the recent atrocity as “acts of violence, acts that go against the grain of our humanity, which continuously hamper our efforts towards peace and justice within our shores.”

“These bandits–cowards who have no honor and no shame–have betrayed the cause which our most faithful mujahideens have fought for. These terrorists have no claim to the values of Islam, nor to the brave and dignified history of our people,” he said.

Government troops found on April 23 the decapitated remains of Siraji a few kilometers where the Abu Sayyaf bandits abducted him on Thursday, April 30, in the town of Patikul.

Siraji was assigned with the Army’s 32nd Infantry Battalion and was a native of Sulu. He joined the military through the integration program after the government and the MNLF signed a peace agreement on September 2, 1996.

Koko Nograles gets a surprise birthday salubong from party-list staff