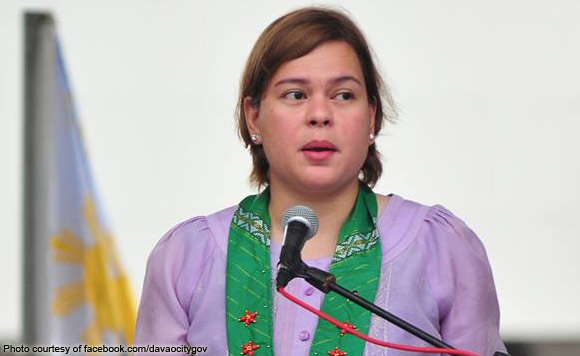 “For my term, it will not happen,” Mayor Duterte was quoted as saying Monday (August 7) in a Mindanao Times report.

She was referring to the project of reclamation developer Mega Harbour, which recently threatened to sue the lady politiko. This was after Mayor Duterte first said that the city government won’t push through with the multi-billion peso project despite the ex-mayor’s approval.

Offended by Mega Harbour’s threat, the Davao chief executive demanded an apology from the developer last week. The report said that as per Mayor Duterte, the company immediately sent their apology to the Office of the City Mayor and the City Council.

“They are saying that it was an initial reaction on their part,” she said, adding that the apology was accepted.

However, regarding the implementation of the project, the younger Duterte–who is on her first term–practically advised the developer to wait “for another mayor.”

Magpabakuna! Mayor Climaco asks Zamboangueños to be heroes like Bonifacio