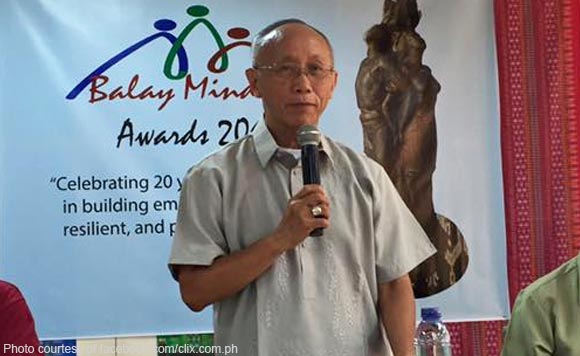 The alleged cases of human rights violations in Northern Mindanao, in the wake of the implementation of martial law all over the island of Mindanao, has prompted a church-led collective group to establish HRAJ as an initiative to address those purported abuses and extend assistance to individuals affected.

According to Archbishop Antonio Ledesma, the head of the archdiocese of Cagayan de Oro, the HRAJ would not only extend legal assistance to victims of abuses but to raise the people’s awareness on their basic
human rights and on the legal processes.

The HRAJ was initiated by yhe archdiocese’s Social Action Center (SAC) and the Rural Missionaries of the Philippines in Northern Mindanao (RMP-NMR) with the support of the regional office of the Commission on Human Rights (CHR), Integrated Bar of the Philippines (IBP) in Misamis Oriental, school-based legal offices, and non-government organizations like Balaod Mindanaw.

“We hope this is the beginning of a collaborative network among centers and universities, but most of all among civil society organizations and also with government agencies to push for a common concern, the defense and promotion of human rights,” the prelate said during the launch.

The issue on human rights violation has been a recurring concern among the marginalized sector, especially the indigenous peoples (IPs) living in the hinterland villages in Bukidnon and Misamis Oriental, who have to bear the effects of the armed conflict between the insurgents and government troops and the threat of being driven out of
their ancestral domain.

Dozens of families belonging to the Higaonon tribe, for instance, fled their homes in a remote village in Banglay, Lagonglong town, Misamis Oriental and have been staying in temporary shelters at the provincial capitol grounds along Velez St. in this city since May this year due to fear of being caught in the crossfire.

Elsewhere in the region, the group said ordinary people, including leaders of associations tagged as sympathizers of the Communist rebels, were allegedly harassed, arrested and imprisoned for false charges.

Through the HRAJ, citizens will be educated on the country’s laws and the legal processes so that they will know what to do if and when they become victims of human rights abuses, said Fr. Saturnino Lumba, SAC director and one of the HRAJ conveners.

“In most cases, people go to us when their human rights are violated, but we are not equipped to deal with it,” Lumba said, adding that despite the church’s limitations, “we have to defend the life and dignity of the human person.”

Lawyer Ernesto Neri, HRAJ focal person, said the initiative is created to provide a link with all the concerned groups and agencies through sharing of resources, knowledge, and network.

Neri said the HRAJ will function as a human rights and legal education promotion platform that will go to parishes and communities to orient the people on how to respond to abuses and cases through legal means.

HRAJ, he said, will provide lawyers who can assist in cases, as it will also document human rights abuses.

“This initiative coincides with the new rule of the Supreme Court where we have practically a market of lawyers to mobilize,” Neri added.

Lawyer Eddie Cuaresma, chapter president of the IBP in Misamis Oriental, has assured that his group’s pool of lawyers and paralegals are ready to provide legal assistance to victims of human rights violations.

“We are here because of the rule of law and due process. Every person must be given his day in court,” Cuaresma said.

Lawyer Perfecto Justico Mendoza, of Balaod Mindanaw Inc., said they have been providing legal services to people, but pledged to work with HRAJ just the same.

“We can further extend our services, especially in the area of educating people. We don’t want that only a certain portion of society knows what human rights is. We think that it is important to educate all on the rule of law,” Mendoza said.

Lawyer Pilipinas Palma of the CHR-10, said the creation of the HRAJ has “affirmed our belief that human rights itself is not exclusive to only those who believe in human rights but to all organizations and institutions who are here with us.”

Sr. Apolonia Atrigenio, representing the RMP-NMR, said that the establishment of the HRAJ would mean that more entities have committed to help those who experience human rights violations.

During the Nov. 23 launching, which coincided with the ninth anniversary of the Maguindanao Massacre that killed 58 persons, 32 of whom were media workers, all organizations signed the covenant of collaboration that stipulated each of the stakeholders’ roles and functions in the HRAJ.

“Amidst our nation’s material gains over the past years, poverty, hunger, and corruption continue to deprive many of our people from leading a life with dignity and freedom. To address this, we need to seriously look into and question the unequal social arrangements and exploitative conditions that has long dominated our social reality and in order to reform it, use the law to empower and to liberate,” read a part of the covenant.

Access to justice, it added, has become more elusive especially to the marginalized members of society.

“Factors such as illiteracy, distance, language, and the cost of legal service have made it difficult for many of the people to access our justice system. To address this, we need to synergize our resources to provide community-based legal education and assistance in accessing justice mechanism to those who need it most,” it said. (PNA)