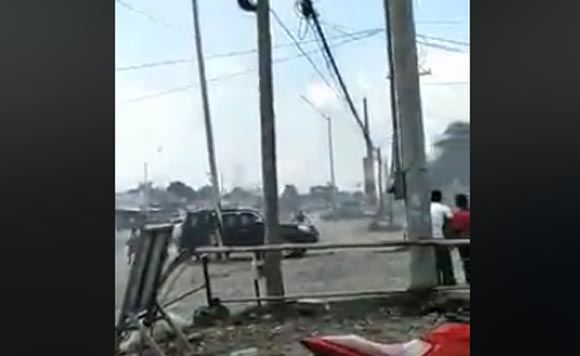 0 220
Share
Want more POLITIKO News? Get the latest newsfeed here. We publish dozens and dozens of politics-only news stories every hour. Click here to get to know more about your politiko - from trivial to crucial. it's our commitment to tell their stories. We follow your favorite POLITIKO like they are rockstars. If you are the politiko, always remember, your side is always our story. Read more. Find out more. Get the latest news here before it spreads on social media. Follow and bookmark this link. https://goo.gl/SvY8Kr

At least 18 people were injured in an explosion that rocked Isulan, Sultan Kudarat Wednesday afternoon.

Isulan Municipal Disaster Risk Reduction and Management Council said of the 18 injured, six were minors, and one was pregnant.

The explosion occurred at about 3:13 p.m. in front of Carlitos Restaurant along the National Highway in Isulan.

The victims were brought to different hospitals for treatment, the local government said.

In an interview by ANC, Isulan Mayor Marites Pallasigue said they did not receive any threat prior to the bombing incident.

Authorities were yet to determine who were behind the explosion.