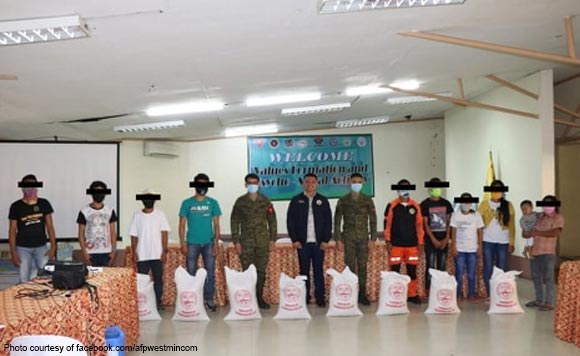 Thirteen former rebels, who withdrew support to the communist New People’s Army (NPA) operating in Zamboanga del Sur, have received livelihood and immediate cash assistance from the local government of the said province.

According to Western Mindanao Command (Westmincom), the aid was distributed during the culmination of their Values Formation and Psycho-Social Activity held at the Executive Function Hall, Provincial Capitol Compound, Pagadian City Friday, May 29.

Each former NPA member received P50,000 livelihood assistance and P15,000 immediate cash assistance as part of their reintegration package after being enrolled to the Enhanced Comprehensive Local Integration Program (E-CLIP) of the government.

The Values Formation and Psycho-Social Activity was spearheaded by the Zambo Del Sur Provincial Social Welfare and Development Office (PSWDO).

Present during the event were Department of Interior and Local Government (DILG) Provincial Director Moh. Taga Arakama and Provincial Board Member Dang Mariano, representing Gov. Victor Yu, the Chairperson of the E-CLIP Committee.

“We are hopeful that more terrorists will decide to withdraw support, return to the fold of the law, and be with their families during the health crisis,” said Lt. Gen. Cirilito Sobejana, commander of Westmincom.