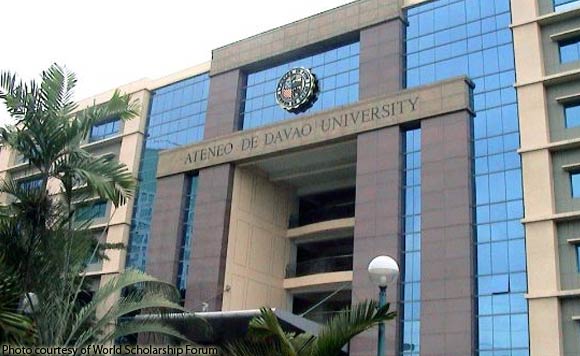 0 433
Share
Want more POLITIKO News? Get the latest newsfeed here. We publish dozens and dozens of politics-only news stories every hour. Click here to get to know more about your politiko - from trivial to crucial. it's our commitment to tell their stories. We follow your favorite POLITIKO like they are rockstars. If you are the politiko, always remember, your side is always our story. Read more. Find out more. Get the latest news here before it spreads on social media. Follow and bookmark this link. https://goo.gl/SvY8Kr

Is Ateneo de Davao (ADDU) ignoring the government’s policy against “endo”? The question was raised by dozens of workers there who lost their jobs this week.

Roseno Mabale, 42, a school janitor at the ADDU since 1997, said he and several “blue collar” workers were barred from entering the premises last Oct. 16.

“The school management wanted us to file voluntary resignation and to apply under the new service provider of the school,” Mabale said.

But he said doing so would mean cutting the length of service they have rendered, adding they are not sure if the new service provider will automatically hire them.

SAMABCA, which was put up last June 28, seeks assert the rights of rank and file workers who are under the Blue Collar Manpower Services Inc (BCMSI).

Mabale said the contract between ADDU and BCMSI started in 2003, but expired May 31 last year. He said they learned of the expiration only last Oct. 13.

“We shall stop our services on October 15, 2017 as directed by Ateneo de Davao University,” Polinar said.

For his part, ADDU President Fr. Joel Tabora wrote BCMSI Executive Vice President-Finance Evangeline Camacho October 6, informing her that the service agreement expired and ADDU is not renewing it.

Still, SAMABCA president Anecito Detomal, 46, said this was “a clear case of contractualization.”

Detomal, who worked as a janitor for 18 years, said they hoped to form a union for job security but the ADDU is barring them from doing so.

“Some of our colleagues who were left inside the campus said they were told that if they go near us, they will lose their jobs instantly,” Detomal said.