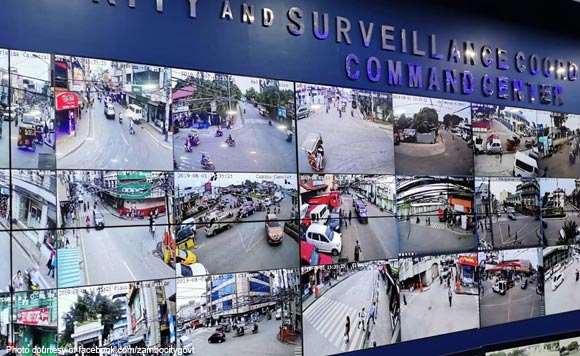 The city government of Zamboanga is set to install this year 100 more full high definition (HD) cameras in different strategic areas and intersections in the city.

Mayor Beng Climaco said the installation of more cameras is part of the Phase 2 of the city’s Security and Surveillance Equipment and System Project amounting to P100 million.

Part of the package is a command center system integrated to the computer-aided dispatch (911) system with Area and GIS Maps, and a vehicle or asset tracking system to identify and monitor the locations of the policemen, ambulance or firetruck, she said.

Currently, around 130 HD cameras have already been installed around the city’s central business district with 12 large format displays for monitoring at the best in class command center, temporarily housed at the Zamboanga City Police Office (ZCPO).

The facility can provide video analytics such as face recognition, unattended object detection and smart searches for specific objects. The command center operates 24/7 by a team of operators at a rotating shift schedule.